Twitter failed as a viable platform because in its inception it was intended to allow everyone to express themselves freely. When it was realized that the majority of the people on there were becoming even more suspect to the intention of some political parties, it had to be stopped and redirected back to the original agenda. If you look at those numbers, the majority were interested in stories about corruption and demanded honesty from political figures. Many political leaders couldn't deliver and those that did speak their truth, whether you agreed or not, received the most attention, shares and exposed accountability that was covered up by mainstream media.  This was a no no and needed to be stopped and they did stop it by pushing buzz words such as misinformation, fact checker, social justice, white privilege and distribution of wealth. Well, it seems some are starting to pay closer attention and asking questions.  The majority is actually much bigger because of the condemnation of free speech.  As usually, the ones who do not want anyone to hear any other opinions but the ones that move their criminally charged agenda forward, have failed again.

Twitter was a beautiful platform that allowed and even forced a person to be creative with their views and freely express it. It will be missed. I know it's still here but in the eyes and hearts of freedom lovers, it's dead and has been for a while. 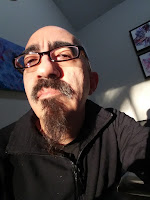